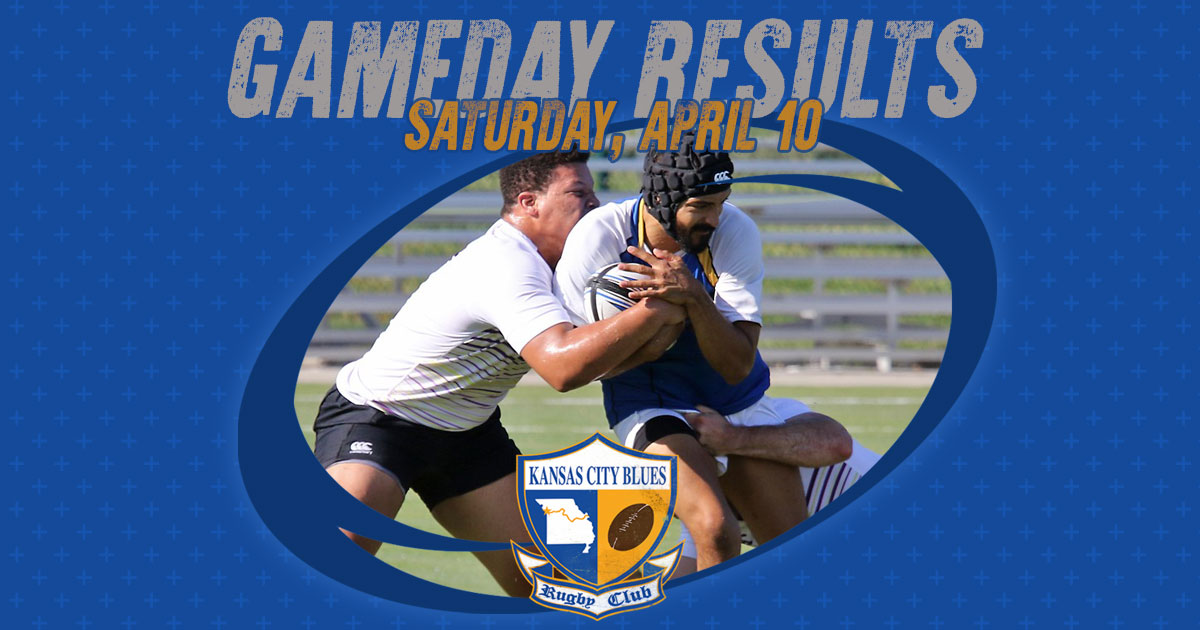 It's Dark and Hell is Hot.  The classic red covered album by the now late hip-hop star DMX played inside the convoy of vehicles that housed the Kansas City Blues Rugby Club as it traveled south.  It was a part of a shared Spotify team playlist for the weekend arranged by team party liaison Scotty Macca. The same background church bells rang, the same dogs growled and the same Earl Simmons barks echoed in the ears of the Blues players as they crossed the Texas/Oklahoma Border.  "Ruff Riders Anthem" played as the first of three team vans crossed Dallas city limits and "X-is Coming" was the tune as the last arriving envoy pulled into the Dallas Holiday in Parking lot in Team Patriarch Steve Jackman’s rented CIA style dark sedan.  It was a tribute to a pop culture icon and a fitting theme to trip.  The Texas heat and the Dallas Reds were waiting.

If you were to write a rap album based on the weekend, it would be It's Dark and Hell is Hard.  The Dallas Reds may be a soon to be MLR team, but they sure don’t play on a MLR pitch.  No knock on the club, their coaching, training staff, video gear, commentators, and entire setup was top notch, but they can’t change the red dirt of Texas.  Our Missouri and Kansas bred boys haven’t played on a surface that hard since last Spring’s game against City in Wyandotte.  The hits and the runs by the Reds themselves were as hard as the dirt that scraped away at the skin of the elbows, knees and in one case forehead of players on both sides.

The D2 game began as the hot Texas 2 PM sun beat down.  A starting 15 side, whose average age was 22 and a half, faced a Dallas side of veterans who all were striving to make their marks.  The second side played tough and valiantly in the face of the toughest assignment in their young careers.  The bulk of Dallas’ scoring came in the first 10 minutes and the last 15, the veteran jab attack at the beginning of a fight and the savvy barrage in the deep rounds.  But our young teal (green and blue, get it?) team did pull up their jocks and dug in their heels in the heart of the game and traded their own blows with the Reds.  After multiple Reds' penalties resulting in a 5 meter scrum, a hard crashing line by our big #3 Josh Jiminez that set up a pick, go and dive by Sponsor Let’s Get Moving Employee Blakeston Bryant. With the score the Blues wiped away the shut out and put themselves on the board. The Reds ate that stiff punch from the Blues and delivered several more of their own.  Making the score at the end of the bought a staunch 78-7.

The D1 game began as most high-level games do, with a high arching and contested kickoff.  The Blues pack’s outside lifting pod went up to get it and bat it back to their own side, but that initial possession ended in a knock on.  The play was extremely physical from the jump and remained around the middle of the field for the first 10 minutes, with neither team gaining much territorial advantage.  At around the 10-minute mark the game started to leak out into deeper territory on both sides.  The Blues had their chances, with 3 possessions inside the 22 in the span of 10 game minutes, but unfortunately were unable to take advantage.  The Reds used their forward packs weight advantage to score their seal breaker, taking a lineout from around the 10 into the try zone with an overbearing maul.  A conversion made it 7-0 Reds at the 11-minute mark.  A wide ball off a penalty scrum at the Blues 22-meter mark created space and the Reds #3 who was in the forward pod waiting in the wide channel ran a strong line into the try zone to make the score 12-0 in the 21st minute.  Both teams had possessions inside each others' 10 meter line in the back half of the first period, but again the Reds’ opportunities paid dividends while the Blues did not.  A big Reds tackle coughed up the ball at the 2, while conversely the Blues surrendered a penalty try from a high tackle at the goal line.  The Blues did make some noise at the end of the first half.  After a yellow card to Reds' Winger 11 for a dump tackle, #7 Danny Apgar identified space in the corner after poaching the ball immediately following a bid tackle by Center Grey Fry and booted the ball into the deep right corner of the Reds.  The Reds fullback was used up taking the chasing Flanker out as he reached for the ball and trailing Blues #15 Ty Lewis scooped it up and tiptoed down the sideline for his first try for a Blues D1 side. The halftime whistle blew after Lewis booted the conversion through making the score 17-7 at Half.

The second half opened as did the first, with highly contested physical runs and tackles in the middle of the field.  #4 Mike Naromaitoga, the 6’6” double digit capped Fijian National Team member and Dallas Lock, ran crash balls into the heart of the Blues defense as Blues Hooker and fellow beefcake Stephen Lomas did the same at the Reds.  Linebreaks by the Reds lead to overloads and twin tries of forwards punching on at the goal line to make the score 27-7 at the 53rd minute.  The Blues again surged, returning a fumbled Reds ball at the 30 to the 15-meter line where Flyhalf Blake Baty committed his defender and zipped a high elbowed pass to Apgar, who used Winger Silas Johnson as a dummy and punched in a try in the corner.  At the 68th minute of the game the score was now 27-12.  But the unrelenting runs of the oversized Reds had taken their toll.  Starting forwards were gassed and replaced with subs.  The Reds kept pounding, taking advantage of a physically worn opponent scoring multiple times in the garbage time of the last 15, resulting in a final score of 50-12.

The ground is Hard and Texas is Hot.  The Blues trip to Dallas did not result in the game scores that we wanted, but all in all the worst things about the trip were the score graphics.  The D2 game was invaluable experience for a bunch of new Blues who are now baptized by Texas Fire.  The D1 game was much more tightly contested than the final score showed.  We may have returned with two losses, but our young bucks were in a legit fight and survived.  There were zero serious injuries on the weekend.  Several veteran D1 players who had not played high level Rugby in a year and a half left the field with their answer to the internal questions of “Can I still play at a high level post-Covid?”. And that answer is yes.  The team went out on the town in Dallas on Saturday night, having venmo-from-homed-fueled beers in the team sported Hawaiian shirts.  Stories were made, friendships were born and some deepened. We return to Kansas City a weekend older, a butt kicking wiser and with a renewed sense of purpose and goals for the club. In addition, this game was the inaugural game of a soon to be annual Spring match-up between the Blues and the Reds, which has been dubbed the "Maeli Fuimaona" cup, A tribute to our teammate, friend and brother, who was taken from us too young.  His Rugby legacy lives on in the hearts of those he touched within the game, but now his name lives on in the form of the Maeli Cup.

This was a healthy pill for our beloved Blues to swallow and we look forward to applying our lessons this coming weekend.  With a double barrel Blues vs City matchup, with D1 v City being at 5 and D3 v City at 7, the Blues do not look back at the weekend in Dallas gone past.  They look forward to the years old Kansas City rivalry that will take place at Swope Soccer Village this Saturday evening.  With our family, friend and fans supporting us the sounds of Rugby will once again fill the air in the Cage this Spring.  The whistles will blow and the beers with flow while the smoke from Ashley’s grill disappears over the head of the crowd.  And The Blues will face City for the over 100th time in our cities Rugby history.  We look forward to seeing you there. 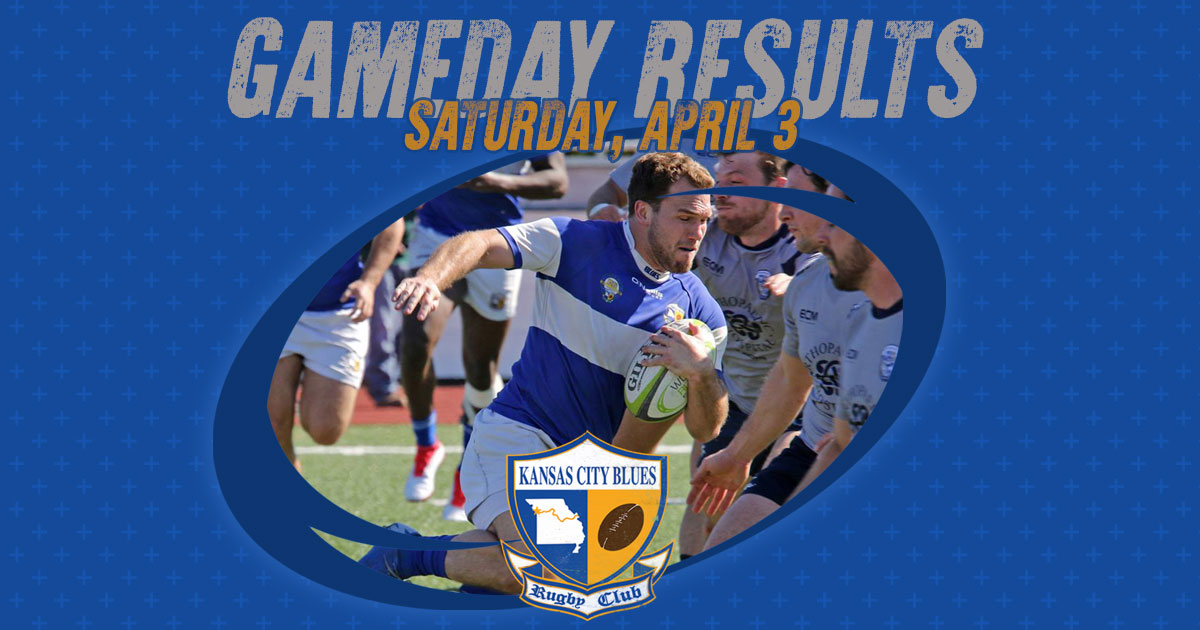